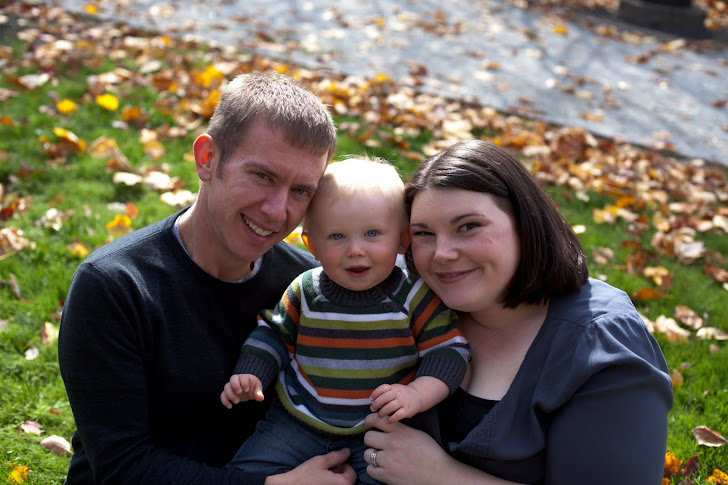 Scott and I booked some cheap airline tickets on cyber monday for Chicago.  We thought a quick trip over MLK weekend would be fun....then we thought about the "windy city" in the middle of Jan.  We were goign to change our tickets for later in the year but got a call from Scott's mom saying she was going to be in the best city every for work for 2 weeks and wanted to know if we wanted to come visit her.  It was a no brainer, even if it was Jan and New York City.  So I changed our tickets and off we went!

Max did great flying!  The best he has ever done!  I think the Elmo video's helped some :)  Now the 3hour wait from a canceled flight frustrated him(and us) some, but Max found plenty of ways to entertain himself and expose himself to every germ out there! 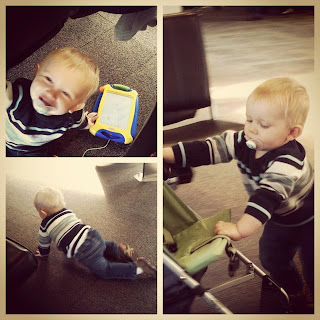 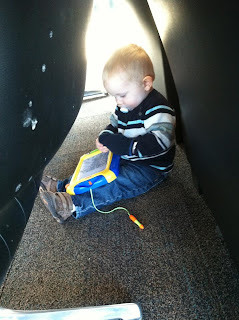 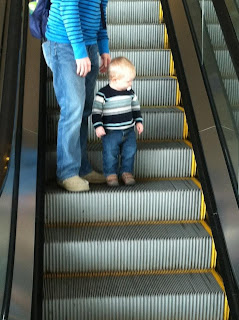 Scott's mom was staying at the Crown Plaza in Time's square so we had a great location.  This was his mom's first time in the city and she had been busy with work all week so we wanted to show her around some.  Sat night we took the subway to central park and walked around from there visiting FAO Schwartz, Dylans Candy Bar, window shopping on 5th Ave, Rockafeller Center, and Radio City Music Hall.  At this point Max was hungry, tired, and we all were cold so we got dinner and went back to the hotel for the night. 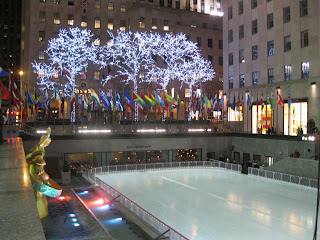 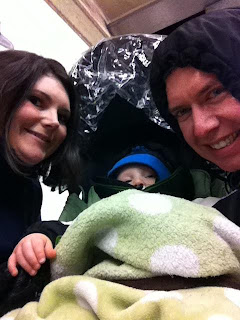 The next morning we got ready and had big plans to see a lot of downtown(Statue of liberty, little Italy, Wall street, World trade site).  Well it was 15 degree's out and for some reason Max was not a fan of the Subway.  So we did show Carol the World trade site and Wall street but then headed back to the hotel.  After we ate and warmed up Max and I hit Times Square and played around in Toy's R Us untill it was time for his nap.  That evening we decided to skip the subway(per Max's request) and found a yummy resturant in walking distance that was conviently located next to Crumb's Bakery! 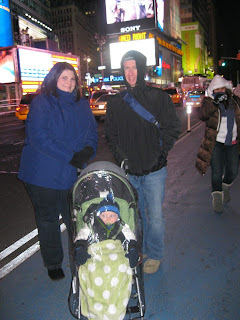 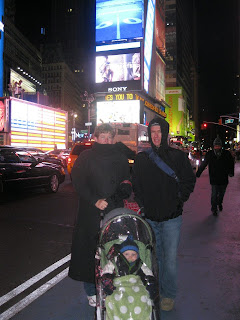 ﻿
Monday morning we got dressed and went to breakfast at Ellen's Stardust Diner.  All the waiters here are trying to make it on broadway so they sing.  Not only did we get good food, but it was a mini concert also.  Max loved it!  He loves any music so the fact that waiters were walking around singing as they worked or jumping up on the counters made his day.  After breakfast it was back to the hotel to pack and then off to the airport.  Once again Max was a great flyer!  He was quite tired though when we landed and fell asleep as soon as he got in the car and didn't wake up untill 8 the next morning!  We love the city so even though it was a quick, very cold trip we would do it again in a New York City minute! 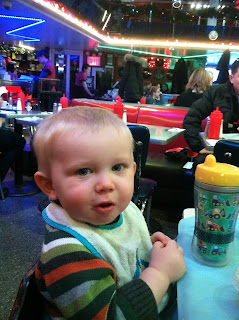 The Boldens
Scott, Lacey, and Max Bolden. In August we added sweet Max to our Family. Life couldn't be any better!